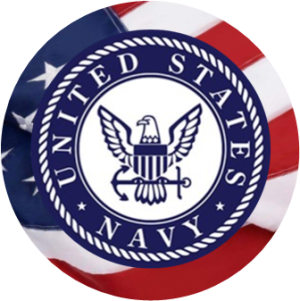 William Patrick “Bill” Colbert, of Morehead City, passed away peacefully on October 13, 2021, after a short battle with cancer. He is rejoined in death with his beloved wife of 55 years, Sara “Sally” Colbert.  He was surrounded by his three loving daughters, Kathleen Mary Colbert of Morehead City, Elizabeth Mary Colbert of Raleigh, and Mary Ann Colbert of West Palm Beach, Florida.  He is also survived by his two adoring grandchildren, Patrick Scott Cannon and Lola Elizabeth Cannon along with his son-in-law and favorite cook, Scott Cannon, of Raleigh.  Bill is also survived by his older sister, Margaret “Peggy” Allie and younger sisters, Ellen “Sis” Williams and Mary Kay Dolan of St. Paul, Minnesota, along with many nieces, nephews, great-nieces, great-nephews, and a colorful abundance of family members-by-choice.  You all know who you are.

Bill was a long-time gregarious transplant to North Carolina from his beloved birthplace of St. Paul, Minnesota.  Bill was born the first day of July in 1928 to Mary Gladys Doran and William Harold Colbert.  He enjoyed a young life with a boxing-promoter father and a professional nurse mother along with a rambunctious extended Irish-Catholic family.

Bill graduated from the University of Minnesota.  He then joined the Navy and served his entire tour of duty in Naples, Italy.  Bill was the recipient of the R. H. Macy Scholarship affording him the opportunity to attend Teachers College, Columbia University in New York City where he enjoyed his studies. During this time, Bill and Sally were often found on Broadway, at Lincoln Center, the opera, concerts, and in cafes in the Village enjoying the delights of people across academia, the literary world, stage, screen, theologians, etc. Bill graduated with a Doctorate in Education and a Minor in Psychology.  He went on to excel as a teacher in the public schools of St. Paul, MN, a professor at several universities including UNC-Greensboro, and as an owner of Colberts’ Jewelers in Morehead City.

During his early years and for those who knew him, he enjoyed playing tricks on his sisters, swimming. and working at the Fisher Nut Factory.  Bill was a leader on the swim team at Central High School in St. Paul, MN, and continued his love for swimming as a star student and most entertaining attendee in water aerobics classes for decades at the Sports Center in Morehead City.

Bill was dedicated to community service and was a strong advocate for the Arts. He served on the Carteret Arts Forum, Carteret Arts Council, and was a long-time member of the Carteret Community Theater.  From his station as the tuxedo-clad doorman in front of the theater to his roles as Santa, Ito, Mr. Sharkey, and Grandpa Joe, he will leave empty costumes hard-pressed to be filled.

In keeping with Bill’s penchant for southern hospitality and memorable Georgia goodbyes, family and friends are invited to join us for a visitation at Munden Funeral Home on Monday, October 18th from 5 p.m. until 7 p.m. Mass of the Christian Burial will be held at St. Egbert’s Catholic Church on October 19th at 10 a.m.

In lieu of flowers, the family requests donations can be made to the Carteret Community Theatre, P.O. Box 2103, Morehead City, NC 28557.