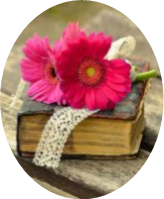 Rebecca Ann Keeter, 92, of Morehead City, was a loving mother, grandmother, great-grandmother and friend. She passed away on June 5, 2022, at Carteret Health Care.

Rebecca’s life was centered around family. She is a mother of eight children, thirteen grandchildren, and eighteen great-grandchildren.

Rebecca was born to Payton and Mary Lou Gibson, February 19, 1930, in Fayetteville, NC. She was the sister of 3 brothers, Bruce, Johnny and “Big Charles”. Rebecca met the love of her life, J. C. Keeter, while working at her uncle’s grocery store in Fayetteville. They were married in 1946 and began raising a family. They moved and made Carteret County their home in 1959 and continued raising eight children together. Along with the busy life she led as a mother and grandmother, Rebecca enjoyed quilting for many years. She managed the concessions at Worthy is the Lamb passion play for ten years and was a large part of the family restaurant businesses, The Plaza Cafeteria, The Beaufort House, J.C Friends, and Ottis’ Restaurant. She also worked at Walmart in the fabric department, where she made many new friends over 20 years and most recently volunteered at Second Blessings Thrift Store. She was hardworking in every aspect of her life. Rebecca dedicated her life to being a wife, mother, and grandmother. She knew what it was to have great loss in her life, having lost her husband, two children and a grandson, among other family members. Despite her great losses, she also knew great joy and always kept her faith in Jesus, her Lord and Savior. She was a beautiful person with a genuine heart. Her departure from this earth leaves a void that will never be filled, but also a great legacy of love, family, and memories that will last a lifetime for her family.

Her life will be celebrated with a visitation on Sunday, June 12th, 2 p.m. until 3 p.m. and memorial service immediately following at Glad Tidings Church, 4621 Country Club Rd. Morehead City, NC.  For those unable to attend, the service can be viewed through her obituary page on Munden Funeral Home’s website. The service will remain on the Funeral Home website for 90 days.   (See link below for the Service Bulletin including the Order of Service.)

“When Peace like a river attendeth my way; when sorrows like sea billows roll; whatever my lot, Thou hast taught me to say, It is well with my soul”.

To send flowers to the family, please visit our floral store.