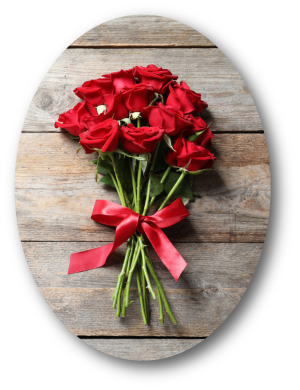 Reverend William Upah will preside over a Mass of the Resurrection at Annunciation Church in Havelock on Friday, June 25th at 11:00 AM.

Penny was born in Milwaukee and moved to Whitefish Bay, Wisconsin, the daughter of Edwin and Lorraine Paige. Penny married her husband Peter Geisler while she was attending Marquette University and moved to Green Bay. She completed her last year of studies, graduating on the dean’s list from St Norbert’s College in DePere, Wisconsin.

While in Wisconsin, she learned to ride, broke her own horse and raised two collies which became AKC champions After moving to Fitchburg, Massachusetts she got her pilot’s license, learned to sail, and hitchhiked through Europe. Penny enjoyed skydiving, scuba diving, parasailing, hot-air ballooning and sailing.

She was employed in the pharmaceutical and electrical equipment industries in Connecticut prior to moving to Virginia. Penny was a long-time resident of Roanoke, Virginia. While there she studied data processing at Virginia Western and supervised their computer lab prior to joining the IT department at Dominion Bank. She remained there through the many mergers and acquisitions, retiring shortly before First Union became Wachovia/Wells Fargo.

Penny and her husband moved to Havelock in 2001. At that time, the Cherry Branch area did not have a local firehouse, so Penny and her husband helped recruit enough members to establish the station on Ferry Road. She was an active member of the Harlowe Volunteer Fire Department for many years and was vice president of its board.

As an active member of Annunciation Catholic Parish, she served as a sacristan for weekday masses and as an extraordinary minister of the eucharist.

Penny was preceded in death by her parents and brother, Brian and his wife Beverly Cafaro Paige.

She is survived by her husband, Peter and their two children; son, Jed and wife Robin of Roanoke, VA; daughter, Kristin Love RN of Charlotte, NC; five grandchildren, Brian Sayers, Paige and Rebecca Geisler, Alexander Bos and Alexis Love; her sister, Pamila Dildine and her husband Ron of Webster, WI; her brother, Dean Paige and his wife Pia of San Clemente, California; two nephews; one niece; and multiple grand-nieces and nephews.

In lieu of flowers, memorials can be sent to the Annunciation School Scholarship Fund, or the Harlowe Volunteer Fire Department, 3930 Highway 101, Havelock, NC 28532.