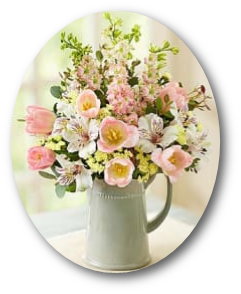 Lura Elizabeth “Betty” Livingston, 94, of Newport, passed away peacefully on Thursday, May 14, 2020, at the Crystal Coast Hospice House in Newport.

Due to the serious health issues of COVID-19, the family will celebrate her life at a later date when restrictions are lifted.

Betty was born on October 28, 1925, to Chester and Lura Mann Meares in St. Petersburg, Florida. The Meares family was one of the first settlers of Key West, Florida, and later became one of the early pioneer families to settle in St. Petersburg, Florida. Betty’s mother and father moved to Newport, North Carolina, when she was young because her mother was from the area and wanted to be close to her family again.

Betty married William Harry Livingston in 1946, the absolute love of her life. He was a Marine Corps Pilot that served his country with a very distinguished career of twenty years, retiring as a Major. They were happily married for 62 years until Harry died in 2008. Their life was filled with exciting travel, establishing a loving home base in Newport, North Carolina. Over the years, Betty and Harry were blessed with three sons. Betty’s life was centered around her family and St. James Methodist Church. She was also actively involved in the Garden Club of Newport as well as a Newport Bridge Club.

To send flowers to the family or plant a tree in memory of Lura Elizabeth "Betty" (Meares) Livingston, please visit our floral store.

You can still show your support by sending flowers directly to the family, or by planting a memorial tree in the memory of Lura Elizabeth "Betty" (Meares) Livingston
Share a memory
© 2020 Munden Funeral Home & Crematory, Inc.. All Rights Reserved. Funeral Home website by CFS & TA