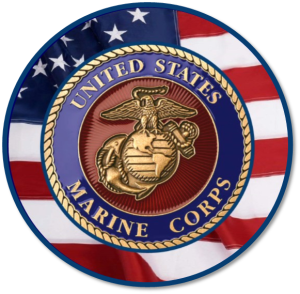 His funeral service will be held at 2 p.m. on Saturday, March 7, 2020, at Munden Funeral Home in Morehead City, NC. A graveside service, with military honors, will take place at 12:30 p.m. on Monday, March 9, 2020 at Fairfax Memorial Park in Fairfax, Virginia.

Mr. Baldwin was born in Philadelphia, Pennsylvania on January 17, 1945. He graduated from Bishop Kinney High School in Jacksonville, Florida in 1963.  Mr. Baldwin studied at the University of South Florida, entering the Marine Corps as a 2LT upon graduation in 1967.

Receiving his designation as a Naval Aviator, Mr. Baldwin deployed to Vietnam as a member of HMM-364, the famed “Purple Foxes” and was awarded the Distinguished Flying Cross for valor in combat.  A notable assignment in the Marine Corps was his tour as a Presidential Aircraft Commander at HMX-1, flying Presidents Ford and Carter.  He retired after a 20-year career as a LtCol in 1987.

Never one to sit still, Mr. Baldwin went to Marymount University upon his retirement to obtain his M.B.A.  He founded a defense contracting company, LTM INC., of which he remained the Chairman until his death.

Mr. Baldwin was a devoted husband and a loving father and grandfather. He was happiest spending time with his grandchildren and known as a generous soul to all who knew him.

Flowers are welcome, or memorial donations may be sent to the Nursing Scholarship Fund at Carteret Healthcare Foundation, 3500 Arendell St., Morehead City, NC 28557, please notate on the check “In Memory of David W. Baldwin” or donations can be submitted online at www.carterethealth.org/giving.