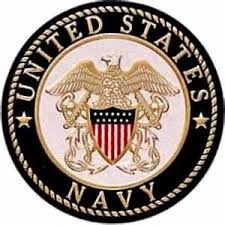 Read more about the life story of Lee K. "Kyle" and share your memories in the Tribute Book.

His memorial service, with military honors and masonic rites, will be held at 11 a.m. on Saturday, November 5, 2022, at First Baptist Church in Havelock, officiated by Dr. Don Hadley and Dr. Matthew Long. The family will receive friends an hour prior to the service. Entombment will follow at Forest Oaks Memorial Gardens.

Lee K., or Kyle as he was known by most, was born on February 29, 1936 (leap year), in Stephenson, West Virginia, to the late Lee Kyle Allen Sr. and Mabel Clair Dean (Blake) Allen. Kyle graduated with the Class of 1954 from Mount Hope High School in Mount Hope, West Virginia. On January 16, 1955, he married the former Norita McGuire who passed away on October 15, 2010. They had 2 children together and 1 grandchild. After Norita’s passing, Kyle was blessed with a second love, Gayle Miller Penney, they wed on January 17, 2011, and his family grew to include 2 additional children, 7 grandchildren, and 2 great-grandchildren.

Kyle was a decorated veteran of the United States Navy where he served from May 5, 1954, through October 1, 1983. He transferred to U.S. Navy Fleet Reserves on February 28, 1976, and retired on October 1, 1983, (with constructive time), completing 30 years of service. Retiring as Master Chief Petty Officer (Command), his military service included training at the Hospital Corps School (A School); Operating Room Technician (ORT); Medical Administration Technician (MAT); and Field Medical Service Technician (FMF).

With extensive education obtained in the military, his furthered education included the U. S. Navy Hospital Corps School, Class A at the Naval Hospital in Portsmouth, Virginia; Operating Room Technician School at the Naval Hospital in Philadelphia, Pennsylvania (1955-1956); Flight Traffic Specialist School at Tinker Air Force Base in Oklahoma, (1959) where he became a Qualified Flight Traffic Specialist Examiner; Navy Medical Administration School at the Naval Hospital in Portsmouth, Virginia (1961-1962); and Field Medical Service School through the Marine Corps Base at Camp Lejeune, North Carolina (1962). Kyle also furthered his education at the Stuart Parks Electrical Code School in New Bern, North Carolina (1976-1977) and in 1979, he graduated, with honors, from the Carteret Community College.

Always giving of himself, his civic affiliations across the county blessed numerous businesses and organizations. Those included the following: Member of the Cherry Point Masonic Lodge #688 (Master 1978, 1982, 2001) (Chaplain 1983-2000 and 2002-2017), Havelock, North Carolina; Member of the Scottish Rite Bodies 33° (Inspector General Honorary) and Master of the Fourth Degree Team for 42 years; District Deputy Grand Master, 7th North Carolina Masonic District (2008-2011); Certified Lecturer and Past District Deputy Grand Lecturer, 8th Masonic District; Member of the Craven Community Concert Band (Trombone); Member of the New Bern Shrine and Shrine Brass Band (Trombone) (1986-2004); Charter (1986), and continuing member of the Havelock Community Band (Trombone); Volunteer Trainer with the Havelock High School Football Program (1973-2000); Volunteer Electrician with the Crystal Coast Habitat for Humanity where he received the Business Partner of the Year Award (Electrician) 2000 as he wired 10 homes, one being a handicap home; Member and Ordained Deacon of First Baptist Church, Havelock, North Carolina where he served as Chairman of the Budget and Finance Committee (2000-2001), President of the Roy Johnson Sunday School Class and Member of the Church Orchestra (Trombone) and Hand Bell Choir.

In addition to his parents, Lee was preceded in death by his first wife, Norita Allen; grandson, CJ Orientiale; stepfather, Russell Blake; and stepbrother, Kenneth Blake.

To send flowers to the family or plant a tree in memory of Lee K. "Kyle" Allen Jr., please visit our floral store. 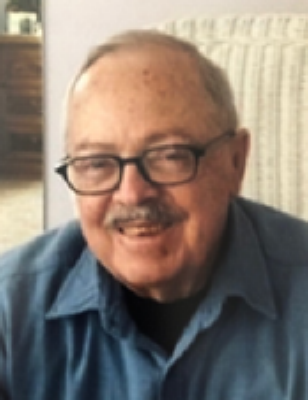