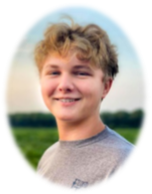 One boy's short journey home from what most would call the hunting trip of a lifetime was one of many for Kole. Sadly, this ended in a horrific tragedy and an enormous loss that has rocked our State and the Down East community to the core.  Although we are heartbroken beyond measure, this journey was only one of many of an incredible multitude of journeys that Kole took in his short life.  It is these that will have a lasting effect on us as we move forward.

Jonathan “Kole” McInnis, 15, of Sea Level, passed away tragically alongside seven others including his mother, her long-time boyfriend, three of Kole’s lifelong friends and Kole’s favorite pilot “Mr. Teen” and son who were returning from a prosperous youth and veteran duck hunting weekend on February 13, 2022.

Kole was the most beautiful tow-head baby boy born, yes with a headful of cotton-white hair, on May 1, 2006, at Carteret General Hospital, to Jon Kyley McInnis and Stephanie Ann Fulcher.  Kole was a sophomore at East Carteret High School and was a member of the Future Farmers of America (FFA).  He was a member of Atlantic Missionary Baptist Church.  After Kole placed his faith in Christ, he was baptized by his grandfather, Rev. Terry D. McInnis on February 2, 2020, at Woodville Baptist Church.

At the early age of 3 ½, Kole quickly learned his way around the controls in the cab of his father’s CAT-excavator loading dump trucks with dirt and debris from around their Sea Level property.  Into his teens, Kole’s work ethic was further exhibited on many job sites with his father’s Carteret county-based tree service.  Many of said trees made their way to his grandaddy’s workshop where alongside his daddy, at the sawmill, they began crafting 12’ pilings for their future home site in Beaufort to be constructed in 2022.

Work and no play was not Kole’s motto.  Kole’s travels took him on a near worldwide tour with once in a lifetime experiences including extreme firearm training in Las Vegas, The National WWII Museum in New Orleans, competing in his first mud run and mining for gold in Alaska, manatees in Florida, swimming with dolphins in the Andros, Bahamas and most recently researching his heritage while visiting Scotland, Ireland, and France.

Alongside his mother, Stephanie and her boyfriend, Hunter Parks, Kole took his seat every duck season in a “tricked out” duck blind at Lake Mattamuskeet waiting for the perfect flock so that he could do as told and “shoot ‘em in the face”.  During deer season, he was often found cruising around the farm at Green Hill in Hyde County in the well-known mini truck.  His summers were salty and spent fishing the Newport River, on the Core Banks of NC and exploring the ICW out of Boca Raton, FL.

While Kole thrived in the great outdoors, he was also well versed in historical events concerning World War II. He was an expert on all types of tanks, planes, and weapons, and he loved antique rifles and pistols.  He put this expertise to work as a self-proclaimed expert gamer often competing with other gamers from around the world, all hours of the night.  His electronics fascination was not limited to video games.  At such a young age, Kole was quite the expert at playing the stock market as well.  When he did come up for air, he and his dad loved cooking steaks and twice baked potatoes, a recipe he was proud to share from his FOODS I course at East Carteret High School.

Although the aforementioned life experiences may not sound like it, Kole was a minimalist.  Unlike many teens, he was not impressed with name brand clothing, shoes, or accessories.  In fact, he wasn’t impressed with shoes at all.  He was, however, impressed by his friends and his family. Kole loved big. He had a soft spot for the underdog.  He was funny, appreciative, and kind.  Our lives will never be the same here on earth without him, but rest assured he is having the time of his life with his Lord and Savior Jesus Christ.  Until we meet again Kole…

Kole was preceded in death by his beloved cousin, Sarah James Fulcher.

A Celebration of Life Service for both Kole and Stephanie will be held at 2 p.m., Sunday, March 13th, at the Fulcher Home at 772 Seashore Dr., Atlantic, NC 28511. The family will receive friends following the service.

His graveside service will take place at 11 a.m., Saturday, June 25th at Over the Brook Cemetery in Atlantic.

In lieu of flowers, donations may be made in memory of Kole to the Carteret County School Foundation, C/O “Down East Boys Scholarship”, 107 Safrit Dr. Beaufort NC 28516.

To send flowers to the family or plant a tree in memory of Jonathan "Kole" McInnis, please visit our floral store.