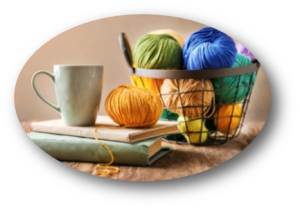 Daughter of the late Madelyn Radwick Asbjornsen and Thomas Asbjornsen, she is survived by her children, Hope Hoffman of Downingtown, PA, Yvette Benedict of Williston, NC, Stewart Benedict of Newport, NC, Thomas Stanley of West Chester, PA; stepdaughter, Jodi Mendelsohn of Topsham ME and husband Bill Lentz. She is also survived by her siblings, Sigrid Giordano and Norman Asbjornsen; as well as her grandchildren, Tara Godwin, Deidra Spickelmier, Audrey Miller, Adrienne Knievel, David and Ezra Meyers, and Ryan, William and Mia Stanley. There are many great-grandchildren, nieces, and cousins. She deeply loved both her immediate and extended family.

Born in Jersey City on November 13, 1937, Joan’s early years were lived there with her parents and her older brother Thomas (Buddy), who predeceased her. When she was 12 years old, she welcomed sister Sigrid to the family and 2 years later brother Norman. At about the time of Sigrid’s birth, the family moved to Oakhurst, NJ, where she lived until her marriage. When the family was complete and youngest child Tommy was 6 years old, she relocated to North Carolina as a young single mother. Her brother Buddy was stationed at Cherry Point where she had visited him with her father as a teenager and had instantly fallen in love with the Carolina coast. Once settled there, she never looked back, calling More-head City her home until her death.

Joan lived a full and adventure-filled life. Carpe Diem was her motto. Having learned secretarial skills in New Jersey, she began her career as a civil servant at Cherry Point Marine Base, where she ultimately became a court reporter. That career led to a position at Camp Lejeune and then luckily to a posting in Germany, where she worked for eleven years before retiring in 1999. From her launching pad in Ger-many (first Baumholder then Ramstein bases) she explored Europe including Scandinavia, where she by chance discovered a relative in Norway with whom she continued to correspond over her retirement years. She also fell upon a memorial in the Netherlands that honored her uncle Norman Asbjornsen, who was shot down during the second World War. She traveled as much as she could, given available vacation time and resources. In addition to continental Europe, she explored Russia, Majorca, Northern Africa, the British Isles and more. Later she would cruise through the Panama Canal with stops in Central and South America. Her last trip was with her cousins, spending 3 weeks in Italy. The only inhabit-able continent she missed visiting was Australia.

Joan loved live performances of all kinds and never missed an opportunity to hear son Tommy’s expert percussion as a member of the band The Sin Bros. She especially loved live theater and volunteered as an usher at a local theater company when spending time in Pennsylvania. In her quiet moments she was a voracious reader and a talented knitter, creating individual Christmas stockings for her great-grand-children. In recent years she enjoyed beading and created jewelry treasures for loved ones.

Hers was a life well-lived. We will miss her in our lives but will hold her in our hearts forever.

The family requests that you not send flowers since they are not able to be together to enjoy them due to COVID-19. In lieu of flowers, gifts in Joan’s memory can be made to one of the following:

Ashley Soulé Conroy Foundation in celebration of her love for travel: https://www.ashleysfoundation.org/ where you can make an online gift. 99% of all donations go toward scholarships.

Community Home Care & Hospice in sincere appreciation of their care for her and our family: 662 W Corbett Ave, PO Box 245, Swansboro, NC 28584.

A service summary is not available