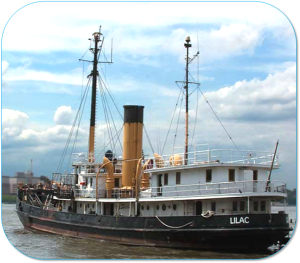 Jerry Gray Bell Sr., 77, of Morehead City and formerly of Wilmington, passed away on Saturday, January 8, 2022, at Croatan Ridge Rehabilitation and Nursing Center.

A graveside service will be held at 11 a.m., Saturday, January 29th, at Bayview Cemetery.

Jerry was born in Morehead City, North Carolina, on December 28, 1944, to the late Mart and Mary Bell. From 1962 until 1966, he honorably served in the United States Coast Guard, spending all 4 years on the USCGC LILAC. The cutter, which carried supplies to lighthouses and maintained buoys, is America's only surviving steam-powered lighthouse tender and is listed on the National Register of Historic Places.

Following the military, Jerry worked for Carolina Power and Light Company and later with Duke Energy before retiring. He was a member of the Presbyterian Church of Beaufort. Jerry always enjoyed a good round of golf and selflessly volunteered with various organizations.

In addition to his parents, he was preceded in death by his daughter, Melissa Anne Bell; son, Matthew Bell; sisters, Jackie Whiddon and Nancy Willis; and brothers, John Bell and James Bell.

In lieu of flowers, donations may be made to Samaritan Purse or a charity of one’s choice.