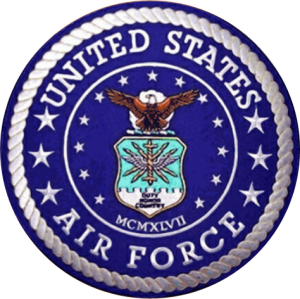 Longtime resident and community service activist, Henry Proctor Sermons Sr, 89, passed away on December 13, 2021, at his home in Havelock, NC surrounded by loved ones.  He was born August 6th, 1932, in Fort Barnwell, NC to Oscar and Mamie (Proctor) Sermons.

Henry grew up in Fort Barnwell until moving to Havelock in 1943.  He attended the first school built in Havelock and graduated from Newport High School in 1950.  After High School, he attended Campbell Junior College in Buies Creek, NC.  He later enlisted in the US Air Force in 1951 where his first duty station was Geiger AFB, Spokane, Washington followed by an overseas tour in Sale’ what was then the French Morocco.  His last assignment was Donaldson Air Force Base, Greenville, SC until his discharge in 1955 to attend Wofford College in Spartanburg, SC where he completed four years.

Henry married Eva Frances Gladden in 1955 at Bethel Methodist Church in Rock Hill, SC while he was stationed at Donaldson Air Force Base.  They moved back to Havelock, NC in 1959 and were happily married for over 60 years.

Henry had three loves and one hobby.  He loved his family, his sports and giving back to the community.  His hobby, of course, was fishing when he could get away.  He was well-known and respected throughout North Carolina and the eastern seaboard.  If he couldn’t help you, he knew someone who could.

Henry contributed to the community over 60 years of volunteer service which he dedicated to the citizens and the community of the City of Havelock, Craven County and the last 20 years to the Southeast Region (consisting of 6 states and the Bahamas).  He had a myriad of jobs until 1973 when he was hired as the first Fire Marshal for Craven County.  He retired in 1994 and went on to work as the Emergency Services Coordinator for Craven Community College until 2000.

He was very active in the Havelock Jaycees, serving as Vice President and President which was the beginning of his service to the Havelock community.  He was appointed as a North Carolina Jaycee and sat on the Board of Directors to the North Carolina Jaycees Boys Home.  He is also a Past President of the Havelock Civitan’s.  Henry served as City Commissioner in 1963-65 and has served on the Recreation Advisory Board, The Board of Adjustments, and was currently serving on the City Planning Board.

He was a charter member of the Havelock Volunteer Fire Department (1967) and served in the capacity of Fire Chief for several years until he was hired as the County Fire Marshal.  Since 1974, he was the Secretary/Treasurer of the Local Board of Trustees for the Fireman's Relief Fund.  He has served in a myriad of positions to include President of the Craven County Fireman’s Association; The Eastern Fireman's Association; the N.C. Society of Fire Service Instructors; the N. C. International Association of Arson Investigators; and Chairman of the Fire-Arson Review Board for the NC Fire-Rescue Commission for over 28 years.

Henry was instrumental in getting the Rescue Squad started in 1974, not only in Havelock, but in Fort Barnwell, Bridgeton, Cove City, and Vanceboro.  He served in the Rescue Squad for twenty-five years and as a representative for the area on the Board of Directors for the NC Association of Rescue & EMS for over 28 years, later becoming Vice Commander and Commander of the NCAREMS.

His other love was baseball.  He played baseball in high school, semi-pro and in the US Air Force.  In 1966, he became a Coach in the local Babe Ruth League.  He later moved up to Manager then onto President and switched between these roles a couple of times.  In over twenty-five years of volunteering to the local program, he did not miss a single opening day ceremony.  He was selected as District 6 Commissioner which he served over five years before being elected East North Carolina State Commissioner which he held until 2003.  At this time, he was elected as the Southeast Regional Commissioner and a member of the Babe Ruth League International Board of Directors which he was currently serving.  For his years of dedication and promotion to the game of Baseball, Henry was inducted into the Babe Ruth Baseball Hall of Fame in 2011.

Henry was a member of First Baptist Church for over 70 years.  His parents were charter members of First Baptist Church since 1947 where they attended service in the old Cherry Theater.  Property was later purchased on Hollywood Blvd where they move an old wooden building to serve as the Church.  Henry has served as a Deacon, Chairman of the Personnel Committee, Chairman of the Budget Committee and a member of the Church Advisory Council.

He received many accolades and awards for his untiring and unwavering commitment to the City of Havelock, the County, North Carolina, and its citizens.  He was awarded the Neuse River Council of Government Outstanding Advisory Committee Member and the state’s highest civilian award signed by Governor Beverly Perdue - The Order of the Long Leaf Pine for recognition of his many contributions.

In lieu of flowers, the family request memorial donations be made to The First Baptist Church “Steps Fund”, 111 Hollywood Blvd, Havelock, NC 28532.

Arrangements are by Munden Funeral Home & Cremations in Havelock, NC.