Share a memory
Obituary & Services
Tribute Wall
Read more about the life story of Harry and share your memories in the Tribute Book.

His funeral service will be held at 2 p.m., Saturday, November 26, at Atlantic Missionary Baptist Church. Interment will follow at Over the Brook Cemetery. The family will receive friends beginning at 12:30 p.m.

Harry Michael Fulcher was born on December 26, 1951, to Harry and Lucille Fulcher. Mike, as most people knew him, grew up in Atlantic, North Carolina. He earned the honorable rank of Eagle Scout as a young man, and he graduated from East Carteret High School. Mike spent his teen years learning the trades of the family business at Clayton Fulcher Seafood, where he worked alongside his father, uncle, cousin, and brother. He later became manager / operator until 2008, when the business closed. In 2010, he took a job with the Department of the Navy, then he officially retired in 2019. Mike served as an Atlantic Volunteer Fire Department Chief for 20 years, and also served as a Mason and Shriner.

On June 1, 1974, Mike married the love of his life, Anne Pollard. They shared 48 years of true love. Mike and Anne were blessed with 3 wonderful children, James, Angie, and Stephanie. Those children then blessed them with 8 grandchildren whom Mike adored. When he was home, you could usually find him in his recliner with one or more of those grandchildren in his lap.

Mike was a gentle giant at 6’7’’. He was a community icon, Christian leader, husband, father, brother, grandfather, and most importantly, a friend to all that knew him. The simplest pleasures in life brought great joy to Mike. His life was centered around his family. Many summers they vacationed at his dad’s camper in Boone or at the family camp on the outer banks. Mike was an avid deer hunter and spent many hours patiently waiting on the perfect buck. Even in sickness, his partner and nephew, Kenny, made sure he got a deer last month!

Mike was preceded in death by his parents, Harry B. and Lucille Fulcher; daughter, Stephanie Fulcher, and her soulmate, Hunter Parks; grandson, Jonathan Kole McInnis; and granddaughter, Sarah James Fulcher.

Mike will always be remembered for his loving heart and generosity. He will be forever missed by all that knew him, but there was surely a glorious reunion in Heaven!

As an expression of sympathy flowers are welcome or donations may be made to Another Perspective at www.aperspective.org

To send flowers to the family or plant a tree in memory of Harry Michael Fulcher, please visit our floral store. 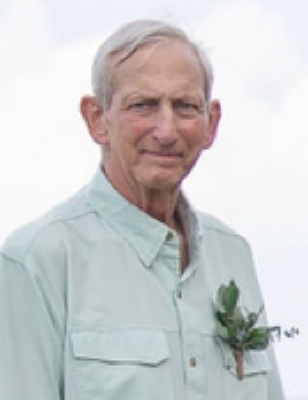