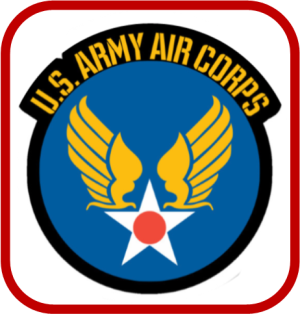 The family will have a Celebration of Bill’s Life at a later date once the COVID-19 restrictions have been lifted. The family would like to welcome friends near and far for visitation from 2 p.m. till 4 p.m. on Sunday, May 24, 2020, at Munden Funeral Home on Lake Road in Havelock. In keeping with the CDC guidelines pertaining to the Coronavirus, those who are ill or at-risk (elderly, immune-compromised) are encouraged to stay home. Additionally, there will be a limit to the number of people in the building at one time, as well, those who attend will be asked to bring and wear a protective mask.

He was born in Pitt County on January 24, 1927, to George Washington Griffin and Dora Mae Moye. He graduated from Winterville High School in 1943, at the young age of 16. After attending East Carolina Teachers’ College for a year, he joined the Army Air Corps at the end of WWII. He married his high school sweetheart, Jewell Mae Braxton, on March 25, 1947.

A man of many names…whether you knew him as George, Bill, Dad, Papa, Pop, or Unkie Bill, he was one of a kind. He was the son of a farmer which cultivated his love of gardening and giving throughout his life. These loves brought about his renowned garden in Havelock where he enjoyed growing a variety of vegetables that he loved sharing with friends and family.

In 1948, as Havelock and Cherry Point were getting started, he made Havelock his home, which changed his life. He told us, “I believe if I had moved anywhere but Havelock, I wouldn’t have had as good of a life as I did.” Moving to Havelock before it even had a stoplight, he quickly became involved in many aspects of the community. He was excited to help grow this tiny community, and not only did he help to incorporate Havelock as a town, he also became the first Mayor of Havelock from 1959-1964. He served the town again as Mayor from 1998-2004. He worked his way up from a GS3 clerk typist all the way to the first GS15 on MCAS-Cherry Point Civil Service. He was instrumental in the funding and approval for the building of the Havelock Tourist Center.

Throughout his life he continued to give back to his community in many ways from becoming the Treasurer for the Atlantic Baptist Association for 20yrs, to member of the Board of Trustees for Craven County Hospital from 1980-1981, to a Board member for United Way, to a member of the Board of Trustees of Meredith College beginning in 1986 and served 6 non-consecutive terms and received Emeritus status in 2014, to being a member of the Havelock Civitan’s for the past 60 years. He was a member of the Roy Johnson Sunday School Class at First Baptist Church of Havelock. He received awards for Outstanding Service from the Naval Air Rework Facility at MCAS for his work from 1962-1982, a Distinguished Service award from the Jr. Chamber of Commerce, and received the high honor of The Order of the Longleaf Pine for all his years of volunteering.

In his downtime he was an avid hunter of deer, rabbit, and squirrel, fisherman, master gardener, and tax master extraordinaire.

He brought out the best in others and led by example. But his greatest accomplishment, he would always say, was his family. He passed on the best parts of himself in them of kindness, generosity, patience, perseverance, resiliency, and honesty. He was the Pillar of the Griffin Clan and is the last original Griffin.

He was preceded in death by his loving wife of 57 years, Jewell Mae Braxton Griffin and his parents, George and Dora Griffin. Bill was the last of his generation among his 23 siblings who preceded him in death.

In lieu of flowers, donations may be made in Bill’s memory to the Boys and Girls Home at PO Box 127, Lake Waccamaw, NC 28450 or Backpack Blessings at First United Methodist Church at 324 Miller Blvd, Havelock, NC 28532.

To send flowers to the family or plant a tree in memory of George W. "Bill" Griffin, please visit our floral store.