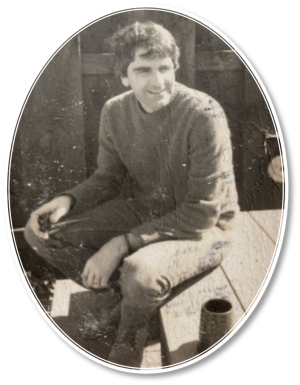 Dennis Paul Delorier, 82, of Emerald Isle, went peacefully to be with his Lord and Savior Jesus Christ on Wednesday, April 28, 2021 at Vidant Medical Center, Greenville, NC.

His Celebration of Life service will be held at Emerald Isle Chapel by the Sea (6712 Emerald Dr, Emerald Isle, NC) on Saturday, May 8 at 2:00 p.m. The date of his internment at Dale Cemetery in Ossining, NY, is yet to be determined.

Live streaming can be accessed through this webpage and will be available for viewing for 90 days. (The viewing screen will appear at the bottom of this page on Saturday and broadcasting will begin at 2pm EST.)

(See link below for the Service Bulletin including the Order of Service.)

Dennis was born in New York City and spent his first four years of life in foster homes before being adopted into the loving home of Norman and Magdalena Delorier of Valhalla, NY. As a boy, Dennis played sports, the piano, and trumpet; was an altar boy; lifeguard; caddy; camp counselor; he developed a work ethic second-to-none (paper routes, mowing lawns) and an entrepreneurial spirit that, when coupled with his endless drive and strong intellect, allowed him to create his own success story. Dennis attended Archbishop Stepinac High School, where he excelled academically and played on the varsity basketball team. In 1961, Dennis graduated in the top 10 of his class at St. Anselm’s College in Manchester, NH, with a B.A. in Literature and Theology & Philosophy. He was a 1964 Fulbright Program selectee. On full scholarship, he went on to obtain his M.A. degree in English Literature at the City College of New York in 1966 and later obtained an M.S. from Colgate University in 1972.

In 1961, Dennis began his 33-year career in education serving the Ossining Public School System (instilling a love of learning in his students). Dennis served as the Career and Enrichment Development Coordinator for the school system for three years. He developed and became a member of the Behavior Modification and Crisis Intervention Program for 18 years, reaching countless lives. He went on to become the Coordinator of Special Programs, as well as the Chief Grievance Negotiator and the Chief Contract Negotiator for a 350-member union. Dennis was ambitious, working numerous side jobs: NY State parkway patrolman, a Teamsters Local 807 trailer trucker, a NY State licensed real estate salesman, a sports/news reporter at the Manchester Union Leader, an assembly line worker for General Motors in Tarrytown, and was a roofer. There was seemingly nothing Dennis could not learn or do. After retiring from his work in education in 1994, Dennis started Delorier Construction, building custom homes in Martha’s Vineyard, MA, and Emerald Isle. In 2000, Dennis and his wife, Diane, founded and operate Carolina Party, Inc. in Swansboro, NC.

Dennis worked hard and played hard.  He particularly loved basketball and boating (finding peace on the water), but also enjoyed jogging, camping, hiking, and hunting. Skiing throughout the USA, Canada, and Europe, he obtained the Top Expert certification from the Fédération Internationale de Ski in 1973, and later served as a private ski school instructor. Dennis brought this love of sports to his local community by organizing activities and being both a high school and community coach. He was also an active member of community organizations/services, volunteering at orphanages, soup kitchens, and working with at-risk youth and creating inmate development programs.

Dennis obtained and maintained sobriety since October 1973 and rededicated his life to Jesus in 1999. In the last several years of his life, Dennis was an involved and loving husband, father, grandfather, brother, uncle, and child of God. Diane and her sisters, Dawn and Roxanne, supported Dennis in love and care at home and his treasured puppies brought him daily joy.

He is survived by his beloved wife of 22 years, Diane Caputo Delorier; his brother, David Delorier; and his children: Deborah Hammett, Peter Delorier, Rilla Delorier and Jamie Sisson. He is also survived by six grandchildren: Peter and Evan Delorier; Rilla and Emily Hammett; and Isabel & Laurel Kun.

Dennis is predeceased by his parents, Norman and Magdalena Delorier.

In lieu of flowers, memorial contributions can be made to the Shriners Hospitals for Children (PO Box 863765, Orlando, FL, 32886).

Arrangements are by Munden Funeral Home and Crematory in Morehead City: www.mundenfuneralhome.net.