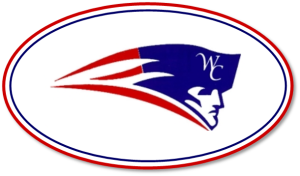 A celebration of Craig’s life will be held on Tuesday, July 7, 2020 at 2:00 pm at Glad Tidings Church, 4621 Country Club Road, Morehead City.  The service will be officiated by the Reverend Powell Osteen. Friends are welcome to attend the service. For those unable to attend, the family invites you to view the webcasting of the service through his obituary page on Munden Funeral Home’s website. This will be available for 90 days on the website. In keeping with the CDC guidelines pertaining to the Coronavirus, those who are ill or at-risk (elderly, immune-compromised) are encouraged to stay home. Additionally, there will be a limit of 300 people in the building, as well, those who attend will be asked to bring and wear a protective mask. Help us honor the family while practicing safe measures. Friends are also encouraged to leave words of comfort to the family through the website.

Craig grew up in Newport, NC and attended Newport Elementary School through the eighth grade.  In his early years, he developed an interest in athletics while working and helping take care of the family property.  After finishing school in Newport, Craig attended West Carteret High School where he was a standout basketball and tennis player.  He earned the school’s Most Outstanding Athlete Award during his senior year.  Craig graduated from West Carteret High School in 1978.

His athletic accomplishments earned him a scholarship to play basketball and tennis at Mount Olive College.  After earning his associate degree, Craig transferred to East Carolina University, where he graduated in 1983 with a bachelor’s degree in Health and Physical Education.

In 1998, Craig became a Health and PE teacher, the head varsity boys’ basketball coach, the boys’ tennis coach and the girls’ tennis coach at West Carteret High School.  Many of his basketball and tennis teams advanced to the state playoffs.  His 2018-19 basketball team captured the school’s first conference championship in 33 years.  He believed in the welfare of his student-athletes, always encouraging them and providing life-shaping opportunities.  His sincerity and persistent demand for excellence inspired people to be the best they could be.  Coach McClanahan’s passion and commitment earned him numerous Conference Coach of the Year Awards.  He later became the school’s athletic director, leading the Patriot athletic program to numerous Wachovia Cup Awards, Wells Fargo Cup Awards, state sportsmanship awards and facilities upgrades.  Craig saw many Patriot athletic teams win championships while leading the athletic department.  Using his many years of experience and wisdom, he was always a step ahead in his planning and preparation.  First and foremost, Craig was dedicated to making the Patriot athletic programs the best they could be.  He valued hard work, always trying to meet the needs of student-athletes and coaches.  Coach McClanahan was well-respected among his students, athletes, peers and the community.  He was a tireless leader who modeled excellent performance from student-athletes and coaches.  He retired from education after the 2018-19 school year.

Aside from the long hours spent working in his career, Craig enjoyed many activities.  His family was very important to him as he shared much time with his wife, their son, Michael, and other family members.  Craig cherished opportunities to coach Michael in basketball, Little League baseball and tennis.  Earlier in his life, he enjoyed playing in bowling leagues, the Carteret County Men’s Basketball League and the Carteret County Men’s Softball League where his teams won numerous championships.  Craig was a fitness fanatic, spending countless hours at the gym keeping his body in shape.  He always kept the lawn perfectly manicured, the vehicles sparkling clean and extremely organized belongings.  He was without a doubt a true perfectionist.  Craig was a big ECU Pirates’ fan who enjoyed tailgating and attending ECU athletic events.  He also loved watching the UNC Tar Heels play basketball.  If he had to miss a live broadcast of a UNC basketball game, he would record it and watch it later, asking people not to tell him the final score.  On days with nice weather, he enjoyed boating and golfing, his new-found hobby.  Craig was involved in Carteret Sports Leadership and was a proud and active member of First United Methodist Church of Morehead City.

Craig will be deeply missed, but never forgotten.  His proud legacy lives on through the relationships he developed, the lives he touched, his service and his many friendships.

He was preceded in death by his grandfather, Aaron Craig; grandmother, Mary Craig; stepfather, Dick Garner; and father-in-law, Curtis Lancaster.

The family wishes to thank First United Methodist Church of Morehead City, friends, neighbors, co-workers and the employees of Carteret Health Care for the love, care and concern shown during Craig’s illness.

In lieu of flowers, donations may be made to the Coach Craig McClanahan Athletics Scholarship to be used for a student-athlete scholarship in Craig’s memory.  Checks may be written to West Carteret High School Athletics and print in the memo line Coach Craig McClanahan Athletics Scholarship.  Checks may be mailed to West Carteret High School, attention Cassandra Morris, 4700 Country Club Road, Morehead City, NC  28557.

To send flowers to the family or plant a tree in memory of Coach Craig Patrick McClanahan, please visit our floral store.