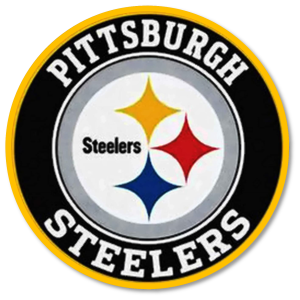 Charles was born on May 6, 1962, in Norfolk, Virginia, to Charles and Brenda Graham and was a graduate of West Carteret High School. He was a friendly and familiar face to so many through Carteret Health Care where he worked in environment services for 36 years.

A strong advocate for organ donation, he had the opportunity years ago to donate a kidney to a gentleman in need. That man's life extended another 2 decades due to Charles selfless giving.

Football season was always a fun time for Charles as he was a die-hard Steeler's fan who was known to throw his Terrible Towel a time or two. As a movie buff, he could quote famous lines and tell you just about anything you'd want to know about a good flick. Jet airplanes and Air Shows were another interest of Charles, no matter how many times he saw a plane, there'd always be a reason to go to another show and admire the strength and magnitude of great planes.

Charles enjoyed life and was blessed with a great group of friends. You could often see the guys at the Kountry Kitchen which was their favorite breakfast hangout. More than anything, Charles could be described as a family man and a devoted dad to his children.

He is survived by his wife, Debbie Graham of the home; daughter, Kayley Miller of Newport; sons, Charles H. Graham III and wife Morgen of Raleigh and Rob Miller of Newport; sister, Robin S. Graham and husband Keith of Beaufort, NC; nephews, Jonah and Alec Garner; and numerous extended friends and family.

In addition to his parents, he was preceded in death by his daughter, Angela Graham.