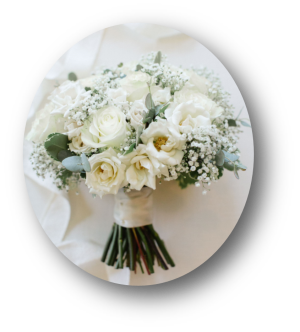 A funeral service will be held at 3 p.m., Sunday, January 16, 2022, at St. James United Methodist Church, Newport, with Rev. Tom Supplee officiating.  Masks are encouraged. The service will be livestreamed on St. James facebook.   Interment will follow at a later time at Cedar Grove Cemetery, Newport.

Bonnie was born on October 12, 1938, to Thurman Davis “Buss” and Maggie Lee Mann Garner in Newport.  She professed her faith in Jesus Christ and joined St. James United Methodist Church where she remained a member all her life. She graduated in 1957 from Newport High where she also played on the women’s basketball team.  She married Douglas Henderson, Sr., of Newport on October 26, 1957, at St. James, and they made their home in town.  Bonnie was a devoted wife and mother.  She supported her husband’s electrical business, even working in the office when necessary.  She provided for her children and their friends by creating a welcoming home with plenty of food.  She also supported her children by being active in their schools and in their various activities.

Bonnie was very faithful at St. James UMC where she was a UMW circle leader, a youth counselor, and a constant Sunday School attender.  She was involved in civic work by conducting annual fundraising drives for the American Cancer Society for several years, by supporting the county-wide Babe Ruth Baseball program through Country Music Extravaganzas, and assisting the Meals on Wheels program.

Bonnie enjoyed visiting with people, finding family connections and remembering the fond times of yesteryear.  She took great delight in the school reunions of Newport High.  She was a very good organizer and planner;  she would often think about her next meal before finishing the current one, not just for herself, but for all who enjoyed the warmth and hospitality of her home.  She and Doug grew to love their Scottish heritage and attended various Scottish gatherings, including the Grandfather Mountain Highland Games since 1974, encouraging others to attend with them.  In life, she proved the saying, the more, the merrier.  Above all, her heart was very large and generous; her willingness to host and to show love will be remembered by many.

Bonnie Henderson was preceded in death by her beloved husband of 60 years, Doug Henderson, Sr; her parents; and her sister, Mrs. Connie Garner Papp.

The family expresses its deep appreciation both to Dr. Mary Katherine Lawrence for her many faithful years as Bonnie’s primary healthcare provider and to Dr. David Jaworski, hospitalist at Carteret Health Care, for his special treatment plan extending her quality of life.  Also, the family expresses its deep appreciation to the Oceanside staff of Crystal Bluffs Rehabilitation Center for the care and concern they showed “Miss Bonnie” over the last five months. The family offers its gratitude to Lisa Becton, Donna Harman, Ann Henderson, at-home caregivers, for their dependable and loving support.

In lieu of flowers, memorials may be made to Carteret Community College (CCC) for the Bonnie Henderson Memorial Culinary Scholarship, 3505 Arendell St, Morehead City, NC 28557 with memo note: memory of Bonnie Henderson, or with the online link:  https://carteret.edu/foundation/ccc-foundation-donation-form/