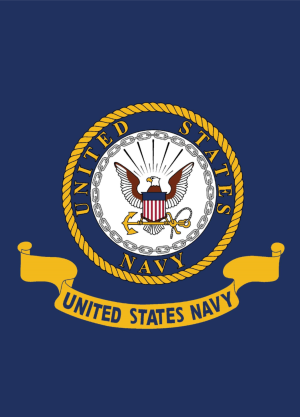 Anthony Joseph DiFiore, 87, of Emerald Isle, NC, was carried by the Lord to his heavenly home on Friday, May 15­, 2020, at Olde Knox Commons at the Villages of Mecklenburg Inc. in Huntersville, NC.

Due to the issues of Covid-19, the family will celebrate his life at a later date when restrictions are lifted.

Anthony was born on July 24, 1932 in Brooklyn, New York to the late Steve and Elisa DiFiore. He graduated from St. Anthony’s High School in Smithtown, NY in 1950 and received his BA degree fom St. Joseph’s College, NY in 1978. He served from September of 1951 until September of 1955 aboard the U.S.S. Laws, DD-558, with the 72nd Destroyer Division of the US Navy, and was stationed on the Korean Coast, in the South China Sea, in Japan, as well as stateside in California.

In 1957 on February 24, he married the love of his life, Roseanne D’Apice. They were married for 63 years. After his retirement from AT&T, he worked in Roslyn, NY in the Air National Guard as a Master Sergeant. Upon his retirement, he and Roseanne moved to Emerald Isle, NC in 1995, where he became very involved with St. Mildred Catholic Church and the Knights of Columbus, In 2013, Anthony wrote a book a called “Papa Remembers” .

He was preceded in death by his parents, Steve and Elisa DiFiore, brother, Joseph Mario DiFiore, and sisters, Anne Petraca, and Grace DiFiore.

Anthony was a great man, warm soul, and had an infectious spirit. He had a special way of story telling and a contagious energy that grabbed you and pulled you in. His motto was simple: Adore God, love your family and friends, and honor your country. He was loved and will be missed by all.

To send flowers to the family or plant a tree in memory of Anthony Joseph DiFiore, please visit our floral store.

You can still show your support by sending flowers directly to the family, or by planting a memorial tree in the memory of Anthony Joseph DiFiore
Share a memory
© 2020 Munden Funeral Home & Crematory, Inc.. All Rights Reserved. Funeral Home website by CFS & TA