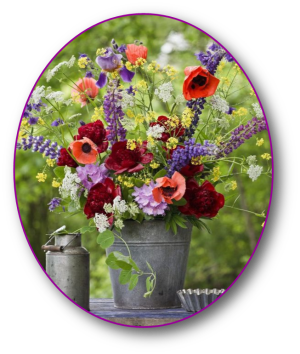 A private memorial service will be held at a later date.

Ann was born in Hartford, CT the only child of Otis Maynard and Ruth Hilliard Miller.  She was raised in Wethersfield, CT among aunts, uncles, and cousins.  Many summers were spent on Crystal Lake in Barton, VT where the extended family enjoyed their summer cottage, which remains in the family today. She would tell wonderful stories about the way it was at the lake when she was growing up and that instilled a strong sense of family history.

Ann Miller married Frank J Hauman in 1951 while attending Crouse College of Art at Syracuse University.  They proceeded to produce a large family of seven children: Lisa, Carla, Krista, Scott, Melinda, Andrew, and Stephen over the next 17 years.  We enjoyed a lively and diverse, yet traditional, childhood.  Mom motivated us to pursue our individual interests in reading, art, music, animals, and sports.  She insisted on all of us learning to swim. She also insisted on a certain high standard of behavior which she continued to expect in her fourteen grandchildren and ten great-grandchildren, who held her in awe.

Ann and Frank moved many times throughout their nearly 70 years of marriage.  They started out in Manchester and South Glastonbury, CT then continued to Harrisburg, PA, Groton, MA, Edmond, OK, Mt. Sterling, KY then finally to retire in Beaufort, NC. They made countless friends along the way. With each move to a new town, we would always be the new kids.  She would tell us that even when we had no other friends, we would always have each other.  Ann had a marvelous talent for creating an inviting environment and every new house became a wonderful new family gathering place, home.

With each move, Ann would seek out the local community of fellow artists and get involved with art shows, town fairs, or fund-raising events.  At the same time, she would be busy creating works of her own that reflected the local history, landmarks, and wildlife.  She was a talented, versatile, and prolific artist in a wide variety of media and styles. Most notable were her intricate and detailed pen and ink works of wildlife and Indian lore.  She had a whimsical side as well and inserted her wit into many cartoons and satirical drawings.  Her work has been published in newspapers, magazines, medical texts, and museum displays.  Two prints are in the permanent print collection at Western Museum in Bowling Green, KY.

Upon arriving in Beaufort, Ann became an active member of St. Paul’s Episcopal Church. She contributed graphic art and a wonderful soup recipe to the church women’s cookbook “Let Us Keep the Feast.” Several larger works adorn the church rooms.  She enjoyed singing in the choir along with her youngest son, Stephen, who has helped to care for her throughout her lengthy illness. Special thanks from the family to Tammy Dorantich for her kind support at the house throughout this difficult time.  Thanks also to Munden Funeral Home for their professional services.