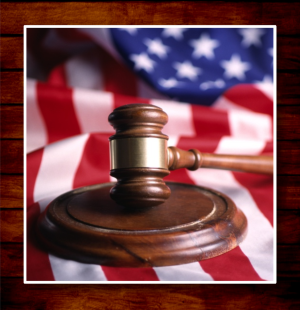 His memorial service will be held at 3p.m. on Friday, August 23, 2019, at St. Andrew’s Episcopal Church, officiated by the Rev. Dr. John Pollock.

Mr. Rochelle devoted much of his life and energy to serving the city of Kinston and its people.  Educated in its public schools, he was an active participant as a young man in the community through scouting, athletics and his church, achieving the rank of Eagle Scout and playing on several high school state championship teams.  He earned a bachelor’s degree from Duke University in 1960 and a law degree from the University of North Carolina at Chapel Hill in 1965.  Between the two degree programs, he served as an officer with the U. S. Navy in Operation Deep Freeze from 1960-1962 which gave him the opportunity to travel to Antarctica, New Zealand and Australia.

He began his law career as clerk to Justice Carlisle of the North Carolina Supreme Court, returning to Kinston in 1966 to begin the private practice of law with his boyhood friend, James A. Hodges.  As a member of the Kinston Jaycees, he was involved in many civic activities.  Appointed Attorney for the City of Kinston in 1971,   he began to develop a vision of what Kinston could become.  He actively worked for the new Kinston High School which became a reality in 1979, became president of the East Carolina Council of the Boy Scouts, served as president of the Kinston/Lenoir Chamber of Commerce and chaired the Lenoir County United Way.  Mr. Rochelle also served on the vestry of St. Mary’s Episcopal Church in Kinston.  In 1985 he received his first Order of the Long Leaf from then Governor James B. Hunt, a lifelong friend.

His vision for Kinston was that the young, talented residents would find their hometown an attractive place to live and work.  He worked tirelessly to develop the industrial park, to bring major improvements at the Kinston Regional Jetport and to bring the Global Transpark to Lenoir County.  This led to his second Order of the Long Leaf Pine, this one awarded by former Governor James G. Martin in 1992.  He was named Kinston/Lenoir County Chamber of Commerce Citizen of the Year in 1993. He was a member of the Lenoir Community College Board of Trustees for 8 years.  His last major project for the City of Kinston was supervision of the acquisition of flooded homes and relocation of flood victims from Hurricanes Fran and Floyd and the coordination of expenditures of state and federal disaster funds.

He was preceded in death by his mother, Verna Belle Haskins and father, Benjamin Hanson Rochelle.

In lieu of flowers, memorial donations can be made to East Carolina Council of the Boy Scouts of America, 313 Boy Scout Blvd., Kinston, 28501 or St. Andrew’s Episcopal Church, 2005 Arendell St., Morehead City, NC 28557.

Family and friends are welcome to submit online condolences at www.mundenfuneralhome.net.

To send flowers to the family or plant a tree in memory of Vernon H. Rochelle, please visit our floral store.