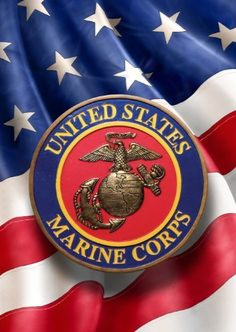 His funeral service will be held at 2 p.m. on Saturday, March 2, 2019, at First United Methodist Church in Havelock, officiated by Rev. Jim Pegan. Interment will follow at Forest Oaks Memorial Gardens.

Mac was born and raised in West Virginia. He joined the United States Marine Corps. at 17 and specialized in artillery. He honorably served our country for 20 years, which included 2 Tours of Duty in Vietnam before returning in 1976. He enjoyed a long and successful second career as a meat cutter with the Cherry Point Commissary. Mac loved the outdoors and enjoyed hunting, fishing and gardening. He attended First United Methodist Church in Havelock and was a personable and outgoing man that blessed many by sharing the harvest from his garden. Mac will be remembered as a devoted husband, father and grandfather.

Family will receive friends from 6 p.m. to 8 p.m. on Friday, March 1, 2019, at First United Methodist Church in Havelock.

In lieu of flowers, memorial donations can be sent to First United Methodist Church at 324 Miller Blvd., Havelock, NC 28532.

To send flowers to the family or plant a tree in memory of Lewis "Mac" McCallister, please visit our floral store.