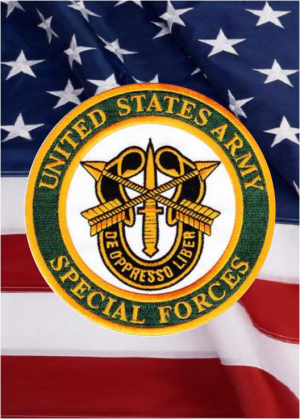 Larry G. Boyles, 81, of Morehead City (formerly of Raleigh), went to be with his Savior on Thursday, September 12, 2019 at Onslow Memorial Hospital.

A memorial service, with full Military Honors, will be held at 2 p.m. on Sunday, September 15, 2019, at Munden Funeral Home, with Pastor Nelson Hopkins officiating.

Larry was born on Wednesday, August 17, 1938, to Lawrence and Juanita Boyles, in Welch, West Virginia. He proudly served his country first when he was 17 in the US Navy and after being at sea for two back to back tours, he decided he needed to come ashore. After completing his enlistment agreement, he then joined the ranks of the US Army in 1963. While in the Army he received numerous medals to include National Defense Service Medal, Army Commendation Medal Republic of Vietnam Cross Gallantry with Palm, Armed forces expeditionary medal, Vietnam service medal and ribbon, Republic of Vietnam campaign medal, bronze star, senior parachutist badge, army good conduct medal 5 times, the Republic of Vietnam gallantry cross, and bronze star medal. After retiring in July of 1980, he kept working Civil services, and driving big trucks.

He loved the Dallas Cowboys, airplanes - he jumped from them, flew them, and in later years built model ones and flew them. He was a practical joker but didn’t appreciate being the recipient of pranks.

He was preceded in death by his daughter, Kelley Rae Boyles; parents, Lawrence and Juanita Boyles; and two brothers, William and James Boyles.

Flowers are welcome or memorial donations may be made to the Wounded Warrior Project at P.O. Box 758517, Topeka, Kansas 66675.