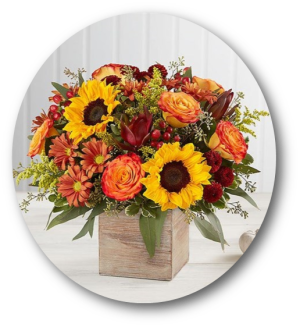 Gwendolyne Jeanne (Hansen) Brown of Newport, went to heaven on November 9, 2019 after a long battle with dementia/Alzheimer’s at the Lighthouse Village Assisted Living, Jacksonville, NC.

Her memorial service will take place at 11 a.m. on Saturday, November 16, 2019, at Hennessey Funeral Home in Missouri Valley, Iowa. Interment will follow at a later time at the Calhoun Cemetery in Harrison, Iowa.

She was born January 6, 1928 to Albert and Lola (Olinger) Hansen in Missouri Valley, IA and was raised in the farming community of Modale.

Gwen married Kenneth L Brown in 1946 when he returned to the US after his liberation from a Japanese POW camp where he was  interned for almost 4 years during WWII. His unit had been captured on Wake Island shortly after the bombing of Pearl Harbor.

From their union 4 children were born. Lola, Larry, Ronald and Reneé. Kenny passed away in 1954 leaving Gwenny to raise their children. She worked first in the lunchroom at Modale School until she was able to secure a position as a teller at Modale Savings Bank. She continued her banking career until her retirement in 1993.

After retirement Gwenny dedicated her life to her family and also as a 20 year docent at the Henry Doorley Zoo in Omaha. She loved animals and cared for many stray cats.

Gwenny moved to Newport, NC in 2012 to live with her daughter Reneé (and husband Kevin). She shared in their love of boating and the beaches. For several years she was able to volunteer for the Emerald Isle Sea Turtle Patrol walking the beach, searching for sea turtle tracks,  followed by nest sitting/waiting for the nests to hatch. Although she dearly missed her life and friends in Modale she happily joined in on these new hobbies.

In lieu of flowers, memorial donations may be made in Gwendolyne’s memory to the Emerald Isle Sea Turtle Patrol at 312 W. Firetower Rd., Peletier NC 28584.

To send flowers to the family or plant a tree in memory of Gwendolyne Jeanne Brown, please visit our floral store.