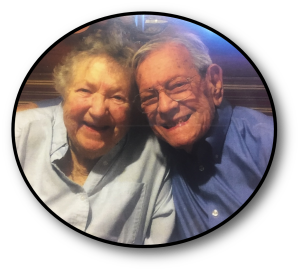 His memorial service will be held at 1 p.m. on Monday, April 8, 2019, at St. Paul’s Episcopal Church in Beaufort, officiated by Rev. Tambria Lee.

Bill was born on September 29, 1934, in Rocky Mount, NC and was educated at Davidson College. He married Helen Turlington in 1956 and fell in love with the idea of becoming a physician after meeting her father. He completed his MD and then residency training to become an OB/GYN at his beloved University of North Carolina. He remained a steadfast UNC Basketball fan for the rest of his life. He was so happy to live long enough to see them beat Duke TWICE this year! He practiced his medical art in New Bern, NC for many years and raised 2 sons who followed his circuitous path into medicine. He and Helen retired to the Beaufort, NC area where they became a part of St. Paul’s Episcopal church.

Bill was a physician, sailor, comic, pig-cooker, husband, father and grandfather. A man who truly had a sense for adventure and wonder. He had great fortitude to the very end of his life and was an inspiration to all that knew him. He will be sorely missed.

He is survived by his wife of 62 years Helen Turlington Rawls. His eldest son, William “Bill” C. Rawls Jr. and his wife Meg Foster Rawls and their two children Braden and Billy. As well as his younger son, James Turlington Rawls and his wife Darlene Oxendine Rawls with their daughter Maya. And last but certainly not least, his beloved chocolate Labrador, Luke who misses him badly.

Many thanks to all in this great community that helped Bill and Helen over these many years.

Flowers are welcome, or memorial donations may be sent to St. Paul’s Episcopal Church at 215 Ann St., Beaufort, NC 28516.

To send flowers to the family or plant a tree in memory of Dr. William "Bill" Cleaton Rawls, please visit our floral store.