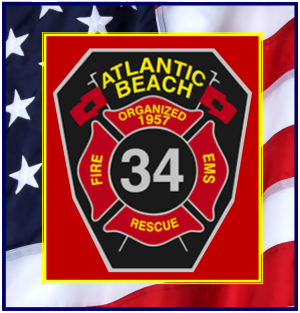 Chief Adam Snyder, 46, of Morehead City, North Carolina, answered his last alarm at 1648 hours on Monday, March 11, 2019, while a patient at the University of Virginia Medical Center, Charlottesville, Virginia, following a skiing accident.

Adam attended schools in the Connetquot School District in New York, and in 1990 graduated from Atlantic High School in Delray Beach, Florida. He served in the United States Marine Corps as a rescue swimmer and received his paramedic training after discharge. He furthered his education with Associates Degrees in Fire Protection Technology and Emergency Medical Science from Coastal Carolina Community College.

Adam’s career in Public Safety in North Carolina spanned 22 years. He was hired as a paramedic with Onslow County EMS in 1997 and also worked as a lifeguard with the town of Atlantic Beach. Adam was hired full time as a FF/EMT for the Atlantic Beach Fire Department (ABFD) in 1999. His hard work, dedication, and leadership qualities were recognized; Adam was promoted to Lieutenant in 2002, Captain in 2003, and Deputy Fire Chief in 2004. In 2005, he was appointed to the position of Chief of Fire/EMS for the Town of Atlantic Beach, a position Adam would hold for 15 years.

Chief Snyder was also heavily involved in the education of EMTs, paramedics, and Firefighters both in the County and the State. Despite his administration duties, Chief Snyder led from the front, remaining active in training, fire suppression, and patient care. He was personally driven to help those in need in his community. After death Adam continued to give to others, donating his organs and spreading life as his came to an end.

In his spare time, Adam enjoyed motorcycle rides and rebuilding motorcycles and even souped up his son Justin’s bike with a motor. Some of his fondest memories and most fun adventures were on the road with his friends. He looked forward to duck hunting with his family and friends. Vacations, vacations, vacations! Bring on that cruise, he always had to have the next trip planned! Adam always enjoyed bringing his wife Stacie coffee in bed and cooking for her, knowing that she was helpless, even dangerous, in the kitchen. And, he not only didn’t mind, but secretly enjoyed shopping with Stacie.

Adam is survived by his wife Stacie Snyder, his sons Justin Snyder and John Michael McGinty, his parents Al and Karen Snyder, his sister Chrissy Boehm, and his brother Scott Snyder.