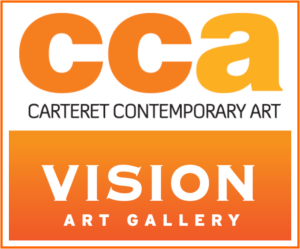 Charles was born March 25, 1948, to Grace Freeman and John Paul Jones.  Morehead City afforded an ideal backdrop for his active childhood and teenage years.  He enjoyed everything the area had to offer, including much time spent at the Atlantic Beach Circle listening to so many of the great 60's soul bands.  During the summers Charles was a lifeguard, and countless people are alive today because of his excellent eyes, quick wits, and ability to power himself though the challenging waters off Fort Macon.

After his graduation from Methodist College, Charles taught history in the Wake County school system for 21 years, served as an assistant football coach, and was  a finalist for Teacher of the Year.

During his teaching career, his long-term interest in fine art developed into a business idea that would take him away from teaching and back to Morehead City.  Charles had inherited some rental property there that included an old downtown cottage.  After many months of working on weekends to turn the cottage into a gallery, he opened Carteret Contemporary Art in March of 1992.  An article in the local paper brought a huge crowd, and they could not believe their eyes – it was certainly something new and different.  Charles had made connections with New York art dealers, allowing him to bring in national and international artists, along with a host of regional talent.

The first year or so was challenging for this new gallery that pushed the boundaries of art typically seen in eastern North Carolina.  Eventually word got out about this plucky gallery owner, and the business took off.  Clients from all over the state and beyond discovered him.  Charles' artists, some of whom were with the gallery for more than twenty years, greatly respected him and his policy of sending them a check the same day a painting was sold.

After the gallery was on solid footing, the travel bug bit.  Charles decided that instead of going on arranged European tours, he wanted to design his own trips. He spent countless hours researching how to dine, drink, live, and travel like the locals.  He booked apartments and trains.  He  found the best tapas bars and out of the way restaurants.  The twice-yearly trips he took to Europe with his wife, Lee, were adventurous, and they also served as his motivation to live as long as possible after his cancer diagnosis in 2015. Charles fought this disease until his very last day and returned from a trip to Madrid only three weeks before his passing.

He is survived by his wife of 21 years, Lee Dellinger, and their cat of 14 years, Freddy.

The family would like to thank the nursing staff of the RAAB Clinic for their compassionate care and in particular Melanie Patterson,  FNP, and the angelic staff of Community Home and Hospice Care.  We are forever grateful to  wonderful friend and client Len Lewis who stopped by his gallery constantly to check in on Charles and pitch in whenever needed.

At Charles' request, there will be no service. The family hopes you will honor him by supporting charities that serve the most needy in our world, or your nearest no-kill cat shelter.

To send flowers to the family or plant a tree in memory of Charles Freeman Jones, please visit our floral store.

You can still show your support by sending flowers directly to the family, or by planting a memorial tree in the memory of Charles Freeman Jones
Share a memory
© 2020 Munden Funeral Home & Crematory, Inc.. All Rights Reserved. Funeral Home website by CFS & TA